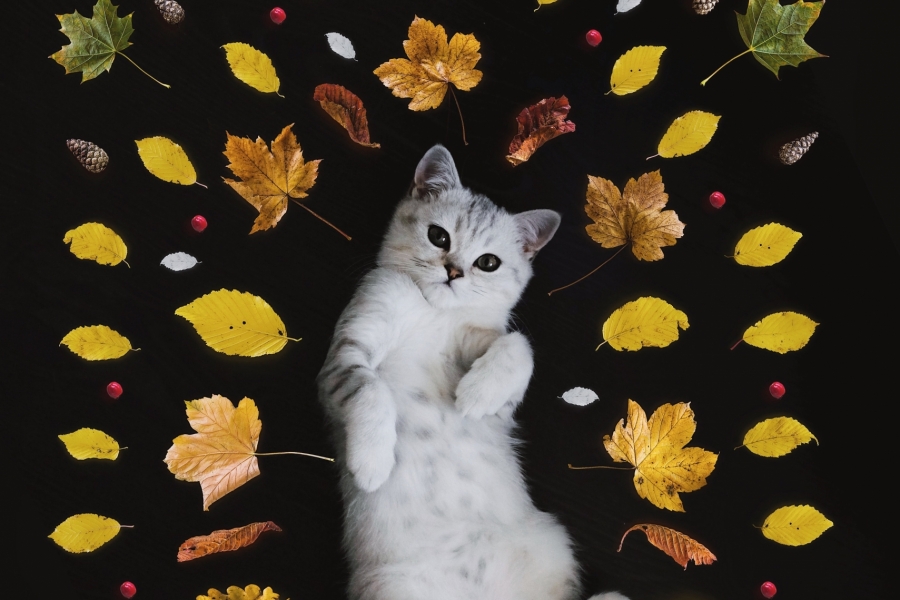 If you own a cat, you have experienced certain cat behaviors; its action is dictated by stress and fear.

One of the cat’s behaviors is a pure form of love and comes from a good friendly place. When your cat rubs against your leg or pushes its head against you, it is a positive sign.

You have experienced a certain ritual of cats; first, they rub the head, then the flank and finally the tail. These are all gestures of affection from your cat. 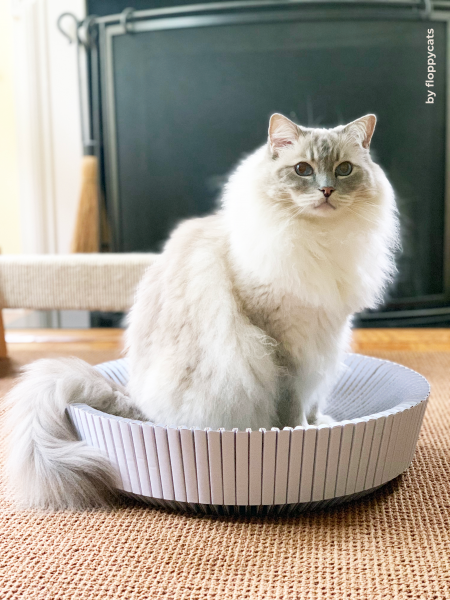 Cats are olfactory creatures that rely heavily on olfactory senses to give them information about their environment. When a cat rubs its head against you, also known as head butting or bunting, the cat is pointing you with his scent in a sign of association.

This affectionate behavior serves to maintain a link within a group of individuals. Rubbing the head is a cat way to distinguish its people and its environment and group them with the same scent.

When your cat meets someone for the first time, it will rub against the visitor in a greeting and as a way to obtain information about the new person, such as where it came from and if they have their animals.

You will note a behavior in some cats don’t want to be petted but want information from you. In other words, don’t assume that rubbing the head from a strange cat is a pet invitation.

Some time cats also greet other cats with a head rub or bunt. Some cats who like to live in groups like feral cats use this behavior to show their sign of affection.

When cats live together and they will rub themselves on each other, a communal scent is spread throughout the group.

A common question that must have come in your mind that, why cats rub up against the things in your home like couch, table, chair or doors. Cats do this behavior to claim the objects by marking with their feline scent.

Cats have scent glands located in the cheeks, forehead, and chin, and at the base of their tail and rub against people cats and other things is a form of marking sign without being a territorial act like spraying.

This behavior is relaxing and feline pheromones are used to calm anxious cats. Pheromones are found in the scent gland of cats and this marking for cats will not last forever and the cat will often return to its position and update its marking.

Many people do not realize that cats prefer to scratch and stroke their heads and around their ears and that they are less passionate about petted on their backs or sides.

It is quite possible that rubbing the head and bunting is a way for cats to also encourage his people to focus on scratching and bunting his head and leaves the rest of his body Alone!

If you don’t know about pheromones, then they are substances produced by animals as a form of chemical communication. A cat’s pheromone glands can be located on the forehead, lips, legs, sides, and backs.

In general, people think of pheromones as information about the reproductive status of animals. For cats, pheromones communicate much more, pointing out territory, comfort, and familiarity.

When your cat rubs its self against couches, tables, and even outside objects, the pheromones that they activate leave behind a personalized scent. This scent allows other cats to know your cat was here.

If you have more than one cat, you may notice those head butting and rubbing faces with another cat. This action is called bunting, and it also stimulates the cat’s pheromones.
Bunting generates a mixture of common scents that can help your cats determine the social rank, as well as make them feel more confident and comfortable with each other. 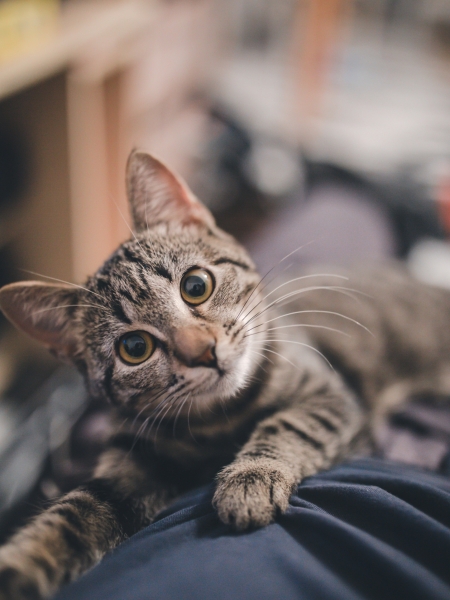 Why your cats roll on its back?

When you see your cat fall to the ground and roll on its back, putting your pet can tell you something. Sometimes this is accompanied by rubbing his head on the ground while meowing.

Your cat may be feeling itchy or just want a good stretch, but this movement is often a positive sign from the cat. The rolling motion usually indicates your cat feels safe and may need some attention from you.

Your cat will never roll on its back unless it feels safe and secure. In fact, your cat rolls on its back when it is in a very comfortable condition.

If your cat turns against you, it would be a good sign. This is how your cat says: “I trust you.” Exposing sensitive parts of your cat’s body is a vulnerable moment for your cat, and it is an opportunity for both of you to bond together.

Think about the time, location and circumstances that could put your cat on its back. For example, if your cat rolls over every morning in front of you while preparing for the day, this is a sign that it wants some attention.

Spend a good time with your cat if you see him roll on his back, feet, or ground.

If you are giving your cat attention on rolling that’s a positive reinforcement on cat behavior.

Thus, your cat will repeat the rolling motion the next time more attention is required. Cats love the routine, so once the pattern is created, the rolling ritual becomes a comforting ritual.

If you have ever given catnip to your cat, you may have noticed some rolling behavior. This catnip herb initiates a strong reaction in cats.

Active compound present in catnip is nepetapactone it is a potent sent that trigger cat sexual behavior. This is what makes them enjoy rolling around on the ground after inhalation.

A common sign that you will also find in cats is rubbing against things when they are in heat or after mating. Hormones and ovulation are most likely linked.

Any frenzied movements may also mean that your cat is trying to remove the scent of a male cat before moving to another male cat.

Cats have high body temperature they like to take a sunbath or sleep in front of the heater because these cats get overwhelmed by the sensation and need to be cool down. That’s why they rub their body on cool floors.

Similarly, your cat will protect her digestive system by rolling in the dirt, coating its fur with bacteria and ingesting it by licking its coat.

For the next time, if your cat rubs against your legs or nuzzles their face on your cheek, rest assured that your cat is only making a stronger relationship with you and whatever your cat is doing it’s for a good cause. 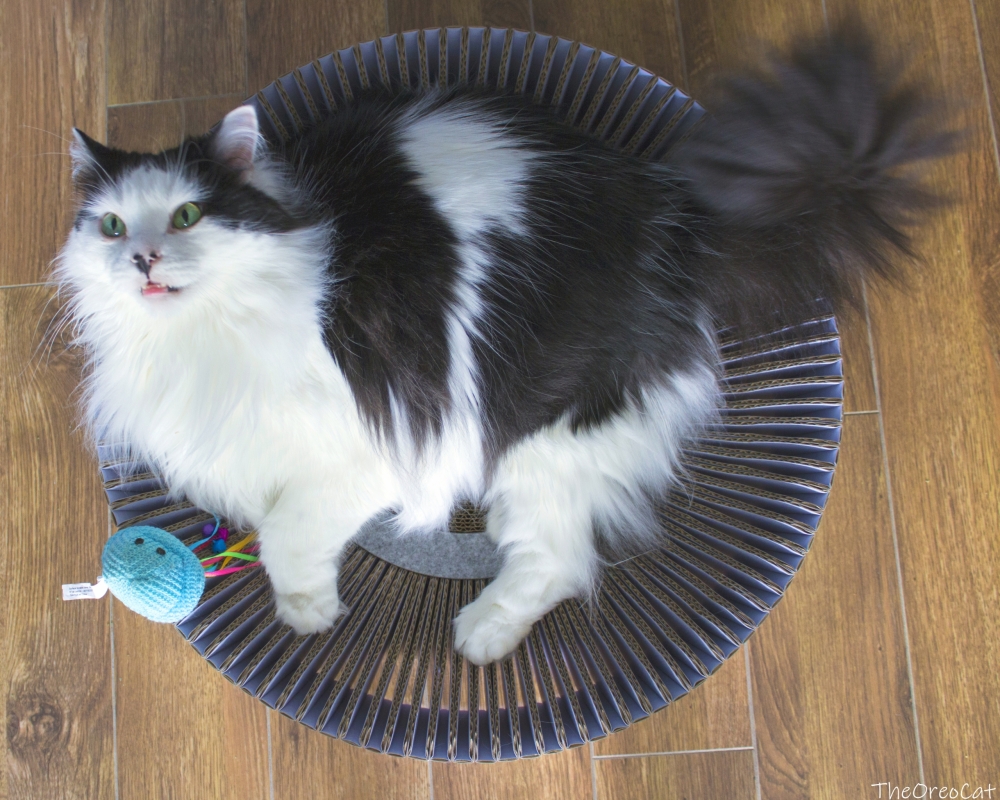 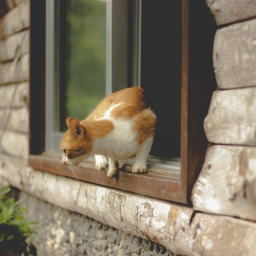 Why Does a Cat Like to Jump & Stay to High space?

Why Does a Cat Like to Jump & Stay to High Space?   Cats’ habits are mainly determined by their instincts. In the early days, cats were tree climbers and hunters. Their bodies are specially designed for jumping or climbing and the sharp claws make it easy. If you are worried about your cat and you wonder why my cat likes to jump and stay in a high space OR… 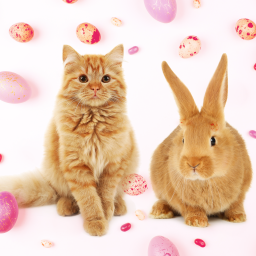 How to celebrate Easter with your cat? Easter is on the way! It is a holiday when we spend time with our family and friends, including furry members of our family and enjoy delicious food. Easter means a lot of fun, like Easter egg hunt, spring blossoms, gifts, and lots of chocolate. Many of these are dangerous to cats, but we can’t ignore our adorable cat at that special event…. 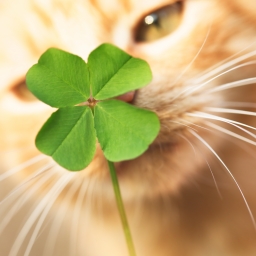 St. Patrick’s Day Myths and Secrets That Will Surprise You

St. Patrick’s Day Myths and Secrets That Will Surprise You You probably know St. Patrick’s Day falls on March 17th annually, and that it’s a time for celebration among Irish communities around the world. But you may be surprised at some of the myths and secrets surrounding this cultural and religious day – not least its connection to cats! Let’s dive into the folklore and history of Saint Patrick’s Day….

Make Your Cat Get Used To A New Environment

Make Your Cat Get Used To A New Environment   Cats are territorial animals and are not known for their affinity for change. Cats like to spend their days in a family environment and are not good with new routines. Cats don’t like moving to new places, but humans have to, so they have to move with us. However, we can take certain steps to reduce cats’ stress and help…

Why Your Cat Bites You Sometime?

Why Your Cat Bites You Sometime?   Cats exhibit certain behaviors that are difficult to understand. If you are a feline lover, it may have happened to you that your cat bites you while playing with your hands. If you don’t have enough knowledge about the cat’s behavior, it will be difficult for you to understand this mantra. If you want to know why your cats bite you then read… 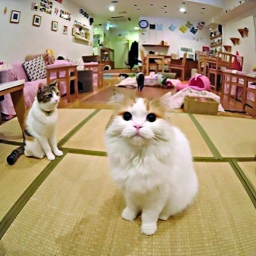 Cat Cafés originated in Taiwan in 1998, but the business didn’t really take off until 2004 when its first cat café opened in Osaka, Japan. The reason why Japanese people have favored cat cafés so much was that they have small apartments and condominiums which either don’t allow cats or makes it difficult to live comfortably with a cat. People have loved the idea of getting a warm cup of tea…