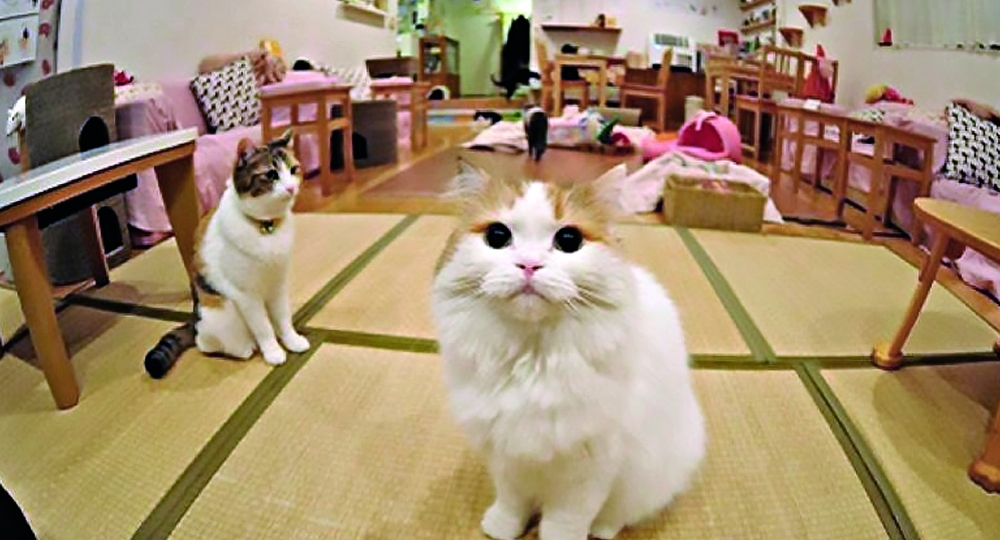 Cat Cafés originated in Taiwan in 1998, but the business didn’t really take off until 2004 when its first cat café opened in Osaka, Japan. The reason why Japanese people have favored cat cafés so much was that they have small apartments and condominiums which either don’t allow cats or makes it difficult to live comfortably with a cat.

People have loved the idea of getting a warm cup of tea or coffee in the company of cats. The idea spread from Asia to South America, New Zealand, and then to US in 2014.  Cat Cafés in the US began with a different mission than that of its successors: they all promised to become adoption centers. According to data from the American Society for the Prevention of Cruelty to Animals (ASPCA), “Each year, approximately 7.6 million animals nationwide enter animal shelters and nearly 3 million don’t make it out.”  Cat Cafés’ goal in US is to help shelters in their quest to provide more cats with permanent homes.

Cat Town Café opened its doors in 2014 as the first cat café in the US. The owner, Ann Dunn started with the ambitious goal of moving as many cats as possible from local shelters into their café, where cats can interact with people to increase their chances of being adopted. Many cat cafés work with animal shelters to benefit from their expertise in promoting adoption. Animal shelters assist cat cafés in the following ways:

Katie Lisnik, Director of Cat Protection and Policy at the Humane Society of the United States, says that cat cafés are a great way to get adoptable cats out in the public eye. People can spend more time with the cats and really get to know them. Unlike dogs, she mentions, who can be walked wearing “Adopt Me!” vests in public spaces, cats aren’t very portable. It can also be hard to draw people into shelters because, “No matter how clean and friendly they are, shelters ­will never attract people who can’t stand the constant echo of barking dogs and crying cats, the lingering smells, and the sight of sad faces peering at them from inside cages.”

Cats need to interact with people on their own terms. Some cat cafés allow cats to have a lot of control over their interactions.  When cats are comfortable they are more likely to bond with people and this increases their chances of getting adopted. Cat Town Café is currently working with the East Bay SPCA animal shelter and according to Cat Town Café’s website, they account for approximately 18% of the total number of adoptions from the East Bay SPCA animal shelter since Cat Town Café opened its doors.

They Find Good Homes for Difficult-to-Adopt Cats in Shelters

Socially comfortable and active cats usually have higher chances of adoption compared to shy, senior and other at risk cats. Cat cafés offer these less desirable cats a second chance outside of a shelter cage to show themselves off. They provide quiet places where these cats feel more comfortable, and slowly introduce them to more social cats if they want to interact, allowing them to take as much time as they need.

Cat Town Café founder Ann Dunn says that her mission with the café is and has been to reduce the number of cats euthanized by giving them a place where they can feel safe to start socializing again. By specifically choosing un-adoptable cats in shelters, Cat Town Café aims to increase the chances of these cats living a quality life in loving homes. The work being done at Cat Town Café has reduced the cat euthanasia rate at the Oakland Animal Shelter from 42% in 2011 to 14% by 2016.

Cat Cafés Can be Education Centers

Lisnik also points out that cat cafés offer an excellent opportunity to teach people about cat behavior and the appropriate way to interact with them. Potential adopters who don’t have any cat sense can learn in a safe environment what’s best for their future feline companion. They can gain helpful tips from the educated staff about how to take care of their new companion and about certain issues such as declawing and its repercussions.

How are cat cafés creating a healthy environment for their inhabitants?

There are some organizations such as Cats Protection that are opposed to cat cafés, stating that they don’t provide a healthy environment for cats, who are solitary animals and do not prefer to live in social groups. They argue that it is inhumane to keep cats that are not getting along well in a confined area just to please people and create incentives for them to spend more. Many cat cafés in US are addressing this issue with the help of animal shelters by improving the conditions and trying to offer all cats in their cafés a stress-free environment. Most of these cats are moved from little cages in shelters to a highly stimulating environment. While stimulation is sometimes good, cats don’t want to be in a chaotic environment and certainly not all the time. They might need some isolation and quiet time and prefer to be on their own from time-to-time.

Cat cafés also aim to create environmental enrichment for cats. Cats need stimulation and recreation to maintain their emotional and physical well-being. This requires places to climb, to hide, to scratch and stretch and wander around freely like they would in nature. Many cat cafés in US try to provide these to their furry inhabitants by:

Cat Cafés are a fairly new business model in US; however their contribution to the adoption rates for homeless cats cannot be overestimated. Next time you see a Cat Café sign, sneak inside and take a look at the inhabitants. Some will probably be trying to adapt to the environment while others will eagerly become friends with whoever says “Hi” to them. Like people, cats are all different from each other and some of them might slowly open up to you if you are patient enough…

This is a wonderful Idea. I Volunteer at my local animal shelter. and cats that’s are caged and can’t escape to another area when you first meet them are scared to death. The cat Café gives the cat the chance to view you from a distance and get use to you and then interact with you when they fell safe. I seen on Jackson Galaxy remodel one on “My cat from Hell”. I PRAY to see more of these open up. Thanks for sharing this. Toni aka “Sassy Cat” 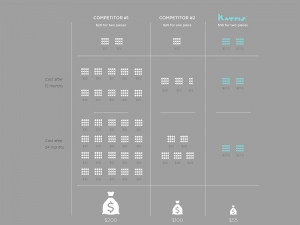