I visited one of my friends in L.A. recently to see his newborn. It has been a while since the last time we’d seen each other so we talked nonstop from day until night. My friend and his wife used to have a cat named Miso who passed away a year ago due to old age. My friend had adopted Miso and after having him for a year he decided to have him declawed. I asked my friend, “Why did you have Miso declawed?” He mentioned that it was a hard decision for their family back then, but Miso was scratching the carpet and furniture a lot, and sometimes he even scratched them.

My friend and his wife were considering having a baby at the time, so they were worried that the scratching behavior might be too dangerous for their future baby. When they asked a friend of theirs, who also had a cat, he suggested the declawing option. That was how they made their decision. And even now when they look back, they still wonder if they made the right choice.

WHY DO PEOPLE DECLAW THEIR CATS?

Claws are an innate part of being a feline. They provide protection in stressful times, help cats gain muscle strength and generally assist them in expressing themselves.  At times, this natural cat behavior can result in some cat owners taking drastic measures, like my friend did. There could be many reasons for making this decision, however they all claim that declawing is a “convenient” surgery option for the owner, but declawing is not at all intended to help the cat.

Some of the reasons for doing this might overlap each other, however one thing they all seem to have in common is that people do not know enough about the effects of declawing to make an informed decision. For decades, declawing was a standard practice for many cat owners with indoor cats. It is still being offered in some shelters as part of the adoption package along with the routine neutering/spaying. People usually do not thoroughly think this through unless they are offered all the information regarding this serious operation and the possible complications that can occur during and after the surgery.

What Exactly Is Declawing?

In the most innocent sense, people might think that declawing is trimming a cat’s nails and stopping their growth. They do not want to stop and think about what really accomplishes this. It is true that the procedure results in the nails never growing back, but what makes this possible is the amputation removing part of the cat’s toe bones, along with the nails. A cat’s claws grow from the third toe bone, which has to be removed with the nails during the declawing process. Declawing is a very painful operation that comes with the risk of many possible complications during and after the surgery.

Some vets support declawing, arguing that the age of the cat and the operation method can minimize the complications. From their point of view, if the operation is performed properly using a scalpel or laser, it can be done with few complications. They say that if this is done on a cat under five months old, there won’t be much weight put on his paws and he won’t grow up being aware of what he lost.

However, even when vets follow better practices, declawing cam come with a number of possible side effects that can affect cats emotionally as well as physically. Cats, like dogs, are digitigrade; that is, they walk on their toes. Declawing changes the conformation and weight-bearing characteristics of a cat’s paws, which puts more pressure in the paw pads while walking, scratching, stretching, etc. Scratching and claw-extended stretching are big parts of cat behavior and play an important role in their muscle tone and agility. Cats also use their claws to climb up to high places. Besides the physical side effects, their loss of defensive capabilities as well as the loss of some skills can result in a stressful life, affecting their emotional wellbeing.

Organizations such as the American Society for the Prevention of Cruelty to Animals (ASPCA), Paw Project and the Humane Society of the United States oppose declawing in all but a few circumstances, like rare medical emergencies to save a life.

Paw Project dedicates itself to educating the public about why declawing is inhumane while advocating campaigns to legally ban declawing at the community and state levels.

Countries Where Declawing Is Banned

Declawing is currently banned or strictly restricted in many countries in the world including many European countries as well as Brazil, Australia, New Zealand, Israel, Japan and Turkey.

In the U.S. it’s still a very common practice. Twenty-five percent of cats in the U.S. endure it and 55% of cat owners approve of it. However, as more people become educated on the issue, more actions are being taken. Eight cities in California including Los Angeles, San Francisco, Burbank, Santa Monica, Berkeley, Beverly Hills, Culver City and West Hollywood, have enacted declaw bans. New York and New Jersey also introduced bills to ban cat declawing.

What Are The Alternatives?

Instead of choosing the quick fix, we need to address the problem with more constructive solutions, which can benefit both sides. Many people are unaware of the unspoken consequences of declawing their cat as well as the availability of healthier and more humane options. Through education the number of cats being declawed can decline while we find alternatives that offer solutions for both sides.

What and how your cat scratches are two important questions you should consider when buying your cat a scratcher. There are a variety of products that cat owners can choose from. Every cat has different characteristics, thus they have different preferences. While some might like the smell and feeling of paper, others might prefer a harsher surface such as wood or sisal. You can also observe whether your cat likes to scratch on horizontal or vertical surfaces so that you can provide them with something they will actually like and use. It is important to buy a sturdy and high quality product to ensure that your cat will be comfortable using it.

Trimming your cats’ nails every two-three weeks is an important part of maintaining your cat’s health while helping minimize the damage to your sofa, curtains or carpet. There are helpful tips online to make this process more comfortable for you and your cat.

Several companies such as Soft Paws make caps that fit over a cat’s individual nails. Soft Paws were developed by a veterinarian to find a humane and effective solution to the problem of dogs and cats scratching. They are vinyl nail caps that can be glued over a cat’s claws at home. The caps eventually come off naturally as the outer layer of the nail sheds; hence they need to be replaced about every four to six weeks.

Cats have scent glands on their paw pads, cheeks and heads. When they scratch, cats mark their territory by leaving visual and chemical messages from their paws. Feliway has products specifically designed to mimic the pheromones secreted by glands on the paw pads. When applied to the desired scratching surface, it can encourage the cat to scratch there again.

I believe Miso’s story is a common one for most people regarding their decision to declaw their beloved feline friends. Like my friend, they might think that declawing is the only way or at least the quickest and easiest way to solve their problems. They may not have much time or even know where to find better solutions. So it might be good for cat lovers to start asking more questions about declawing and grow our awareness. We should not only educate ourselves, but also share our knowledge on the realities and the alternatives to declawing with more and more people. Above all, we must understand that it takes time and love to overcome this problem. 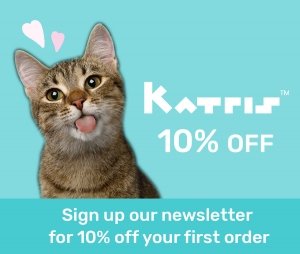